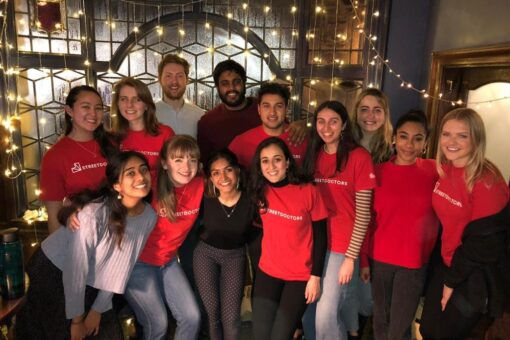 StreetDoctors Bristol was founded in 2014.

We cover the areas of…

We work with local partners including…

“The iconic StreetDoctors pub quiz was the best moment of the year – top notch advertising meant swarms of people came, we had numerous prizes of all sorts, great entertainment, an excellent quiz and so much money raised! An unbeatable effort from all members of the team.” Zoya Zaman, Team Leader

Last year 15-year old Tommy, who had received an Order to undergo rehabilitation with Bristol Youth Offending Team, was with his friends when he witnessed a stabbing. He saw a boy staggering from injury and two men run off into a car. One of his friends started filming on their phone, but Tommy went over to the boy, offered to help and called the ambulance as soon as he saw blood. He started to apply pressure to the victim’s wound and kept reassuring him he would be okay. Tommy followed the first-aid steps he had learnt at a StreetDoctors session, and the police and paramedics said this might be why the boy is still alive today. Tommy’s parents would not believe he had been able to save someone’s life until shown the video footage. Afterwards, he told his YOT worker “I really like helping people.” Story told to us by Bristol YOT (name changed to protect identity)