Street violence is a serious problem affecting young people all over the UK. Find out what it is, what the causes are and how StreetDoctors takes a public health approach to reduce it. 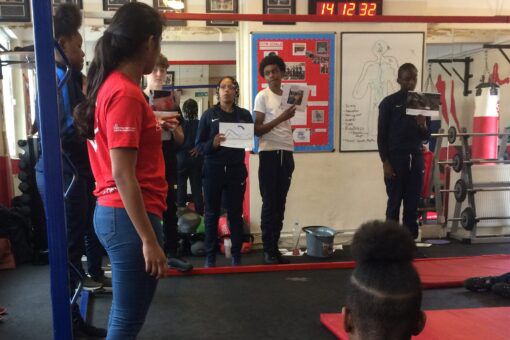 What is violence affecting young people?

Our definition of violence affecting young people is any violence that takes place on the street or in a public place, where the people involved are aged under 25.

This is often called knife crime or youth violence. We instead talk about violence affecting young people, because we want to reduce the blame placed on young people – it is not a young person’s fault if they are caught up in violence and street crime, there are much wider societal factors that need to be urgently addressed if we really want to reduce violence.

We believe that for young people caught up in criminal exploitation and violence, a child protection and safeguarding approach needs to be taken; enforcement alone will not solve the problem.

We know that these reported figures are just the tip of the iceberg; for every offence, injury or tragic death reported, thousands of young people and their friends, families, and communities are implicated and traumatised both physically and emotionally.

Listed are some of the many societal risk-factors that increase the chances of young people getting caught up and affected by street violence. All of these risk-factors have been exacerbated by lockdowns and COVID-19:

What is taking a ‘public health approach’ to violence?

A ‘public health approach’ looks at all the issues outlined above and acknowledges that although the criminal justice system (police, courts and prisons) does have a part to play in reducing violence, they simply cannot solve the root causes of violence.

Instead, a ‘public health approach’ calls for society-wide focus on these root causes of violence, and advocates for all relevant sectors of society to work closely together to create safer places for young people, where safeguarding, trauma reduction and wellbeing takes top priority. This means close partnerships between schools, local authorities, police and criminal justice, healthcare, families and communities.

How does StreetDoctors take a ‘public health approach’?

At StreetDoctors, we have created our own ‘public health approach’ to reducing violence. This involves: