We Need To Support Young People To Thrive, Not Just Survive

16th January 2018
StreetDoctors advocates for viewing violence as a public health issue and adopting a holistic approach to working with young people. This starts with listening to them. 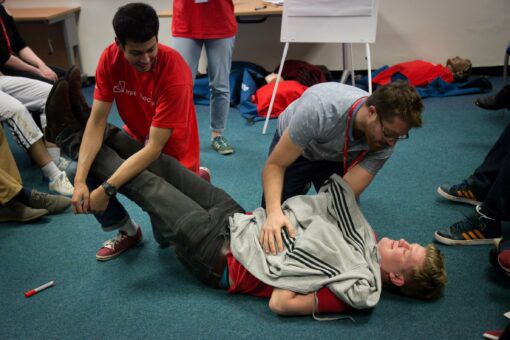 2018 has started with a renewed focus on violence owing to four young men being fatally stabbed in separate incidents between New Year’s Eve and New Year’s Day. Rates of youth on youth violence increased alarmingly over the last year, not just in London but across the UK. Violence affects us all, even if we are only on the peripheries of it, erasing community safety and neighbourly trust. It costs the NHS £2.9 billion per year, and an estimated £30 billion a year in the wider costs to society. And the psychological and emotional costs to individuals, families and communities directly affected by violence are incalculable.

Proposed solutions include increasing police numbers and more direct targeting of individuals who are known to carry weapons. However, this is not just a criminal justice issue nor one we can expect the police alone to solve. The reasons why young people are carrying and using weapons are complex, and it is often the same group of young people who are both victims and perpetrators. StreetDoctors works to tackle this issue from an alternative viewpoint.

Research shows that violence is contagious, operating much like an infectious disease, i.e. witnessing violent behaviour increases the risk of individuals adopting similar behaviours. Furthermore, the experiences we have during infancy are fundamental to our life chances. Adverse Childhood Experiences (ACEs) such as abuse, neglect and witnessing domestic or partner violence are associated with the development of a wide range of harmful behaviours including smoking, excess alcohol use, drug taking, risky sexual behaviour, violence and crime. Young people who have experienced 4 or more ACEs as children are 10 times more likely to be involved in violence by adulthood.

For these reasons StreetDoctors advocate for viewing violence as a public health issue and adopting a holistic approach to working with young people. This starts with listening to them. Why do young people leave home with a knife? Most young people carry a weapon out of fear. Many young people attending StreetDoctors’ sessions describe stabbings they have witnessed, or friends who have been stabbed or who carry knives. For some, violence has become normalised. Worryingly, many feel trapped in situations where carrying a weapon feels like the only option.

Education is vital to a holistic public health approach. StreetDoctors teach young people how to perform life-saving first aid. Our volunteers are medical students and young people themselves. They work with young people in a non-judgemental way treating them as responsible individuals who can be potential life-savers in their community. Participants leave sessions knowing essential life-saving skills and with the confidence to act if present at the scene of a medical emergency. Indeed, we have 13 recorded cases of young people administering emergency first aid following attendance at a session, six at the scene of a stabbing. We aim for a cognitive shift to occur; whereby young people connect the dots between their actions and the likelihood of them, or someone they know, getting seriously hurt. This can trigger a behaviour change for them before getting caught up in an actual incident.

A public health approach also involves challenging and changing norms around violence. No single organisation can solve this issue on its own. StreetDoctors collaborates with over 130 partner organisations across the UK who utilise a range of different interventions to stop the transmission of violence. To effect longer term change we need statutory and public sectors to work more closely with the voluntary and community sectors. And we have to invest for the long term; in evidence based community initiatives; community role models and mentors, and services that young people can access quickly when they need them most.

StreetDoctors is part of a growing movement of health professionals, youth organisations and community and political leaders making the case for this approach. We already know that it yields results. The Violence Reduction Unit in Glasgow has brought about a dramatic reduction in youth violence through a multi-agency partnership engaging health, education, housing and the voluntary sectors. We can learn from their example and best practice internationally.

Violence is infectious and damaging, but it is not incurable. We need to create safe and healthy environments in schools, in homes, in our communities and on our streets. So that young people can thrive, and not just survive.